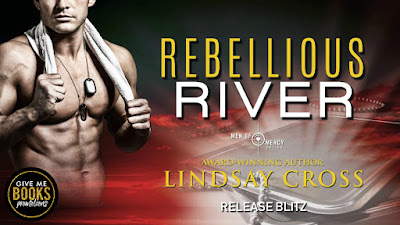 
Ethan Slade was a loner. No parents. No wife and kids. No liabilities. He had one love in his life - the Special Forces. As a member of the elite Task Force Scorpion, he'd been on more near death missions than most soldiers experienced in a lifetime and he liked it. So when his commander forced him to run protection for a senator's daughter's wedding, something a mall cop could do, he was pissed..

Kate Richards had a chip on her shoulder. After being fired from her job as a CIA analyst because her boss wanted her in his bed instead of behind a computer, Kate was left without a job or a clue as to what she would do next. So when the commander of an elite SF team asked her to help bodyguard at a high profile wedding, she did what she had to do. She took the job.

After years of ribbing and sexual harassment, Kate wanted nothing to do with men. Period. Especially tall, dark and handsome alpha male operative Ethan Slade.

The last thing Ethan wanted or needed was to give up his life as a roamer, avoiding any attachments or obligations. But neither of them is prepared for the instant eruption of desire at their first meeting.

The two come together in an explosion of passion so potent it will leave them both marked for life. But just as quickly as they've come together, Kate is violently ripped from his fingers, and it's up to Ethan to rescue the woman he's come to love before he ends up alone again.

Lindsay Cross is the award-winning author of the Men of Mercy series. She is the fun loving mom of two beautiful daughters and one precocious Great Dane. Lindsay is happily married to the man of her dreams - a soldier and veteran. During one of her husband's deployments from home, writing became her escape and motivation.

Posted by heartbeats between words at 20:20