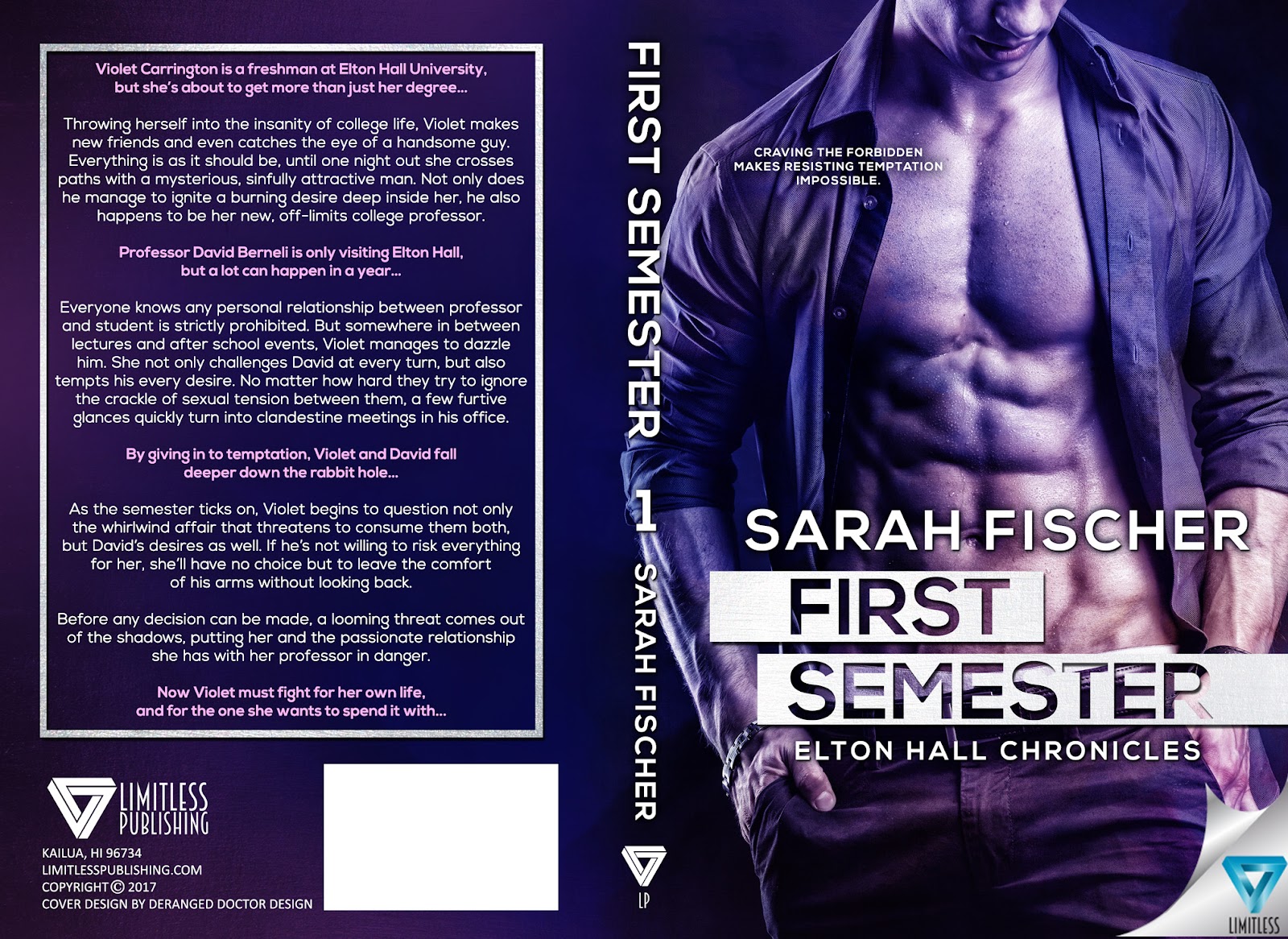 Violet Carrington is a freshman at Elton Hall University, but she’s about to get more than just her degree…
Throwing herself into the insanity of college life, Violet makes new friends and even catches the eye of a handsome guy. Everything is as it should be, until one night out she crosses paths with a mysterious, sinfully attractive man. Not only does he manage to ignite a burning desire deep inside her, he also happens to be her new, off-limits college professor.
Professor David Berneli is only visiting Elton Hall, but a lot can happen in a year…
Everyone knows any personal relationship between professor and student is strictly prohibited. But somewhere in between lectures and after school events, Violet manages to dazzle him. She not only challenges David at every turn, but also tempts his every desire. No matter how hard they try to ignore the crackle of sexual tension between them, a few furtive glances quickly turn into clandestine meetings in his office.
By giving in to temptation, Violet and David fall deeper down the rabbit hole…
As the semester ticks on, Violet begins to question not only the whirlwind affair that threatens to consume them both, but David’s desires as well. If he’s not willing to risk everything for her, she’ll have no choice but to leave the comfort of his arms without looking back.
Before any decision can be made, a looming threat comes out of the shadows, putting her and the passionate relationship she has with her professor in danger.
Now Violet must fight for her own life, and for the one she wants to spend it with…

Sarah Fischer works hard fighting the good fight one background check at a time. But before she got into the business of being nosey, she graduated with a degree in criminal justice and married the calm to her crazy. Then she had a scary health scare and needed heart surgery. While recovering, she finally had the time to write stories filled with passionate romance. Her first book, Elton Hall Chronicles: First Semester will be published in April 2017 and book two, Second Snowfall, will be out in July of 2017. In her spare time, she manages a review blog called, A Kiss At Midnight Reviews.

Posted by heartbeats between words at 21:17