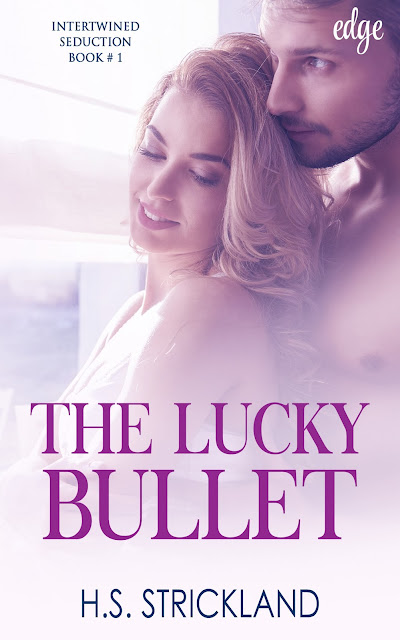 The Lucky Bullet is filled with action, mystery, love, suspense and redemption. The raw emotions you’ll get while reading this will make you want to flip the pages faster.

In a family that was raised in a non-traditional way, Araylia has prevailed in ways no one would have expected. She's a successful doctor who cares deeply for her son. Left to become a single mother by her abusive boyfriend, she continues her journey to be the best mother possible for Liam.

Mace is a man crippled with grief and self loathing for his sisters death. He closes himself off to the world till one night he's shot. Landing him right in front of Dr. Araylia Masters.
All is well, until, Araylia's ex comes back wanting his family again, no matter what it takes. Even death.

Ray
I had just finished putting the finishing touches on my makeup when I glanced at the time. “Shit, I’m late again!” I murmured to myself as I darted out of the bathroom and into my bedroom. Liam had kept me up all night, and we were running behind. I grabbed my scrubs and quickly threw them on followed by my shoes. One down, one to go.
I then scurried toward Liam’s room, trying not to trip over all the toys that cluttered the house. I found him drawing when I entered his room. He was almost ready with his blue and white striped shirt and black jeans but no shoes. He looked up at me and smiled. “Can we go now, Mommy?”
“Yeah, baby, we can go. Grab your backpack, and pack your toys.”
He shot up from his drawing desk and hurried out of the room while I began the search for his shoes. God, there toys everywhere. It’s going to take a miracle to find these shoes. I started under his bed but had no luck. Frustrated, I started picking up his toys, searching under everything. After searching the room frantically for ten minutes, I finally found them in his toy box in the closet.
“Bingo,” I yelled as I emerged from Liam’s closet with the shoes in hand, smiling from ear to ear. Liam came waltzing in a few seconds later with his backpack in hand, zipping it up and throwing it over his shoulder.
“Did you get the toys you wanted to take with you? You’re going to be gone for two days at Nanny’s,” I asked him as I ushered him to sit down so I could help him put on his shoes.
He looked up at me and made a face as if I had asked the most ridiculous question he’d ever heard. “Duh, Mom, I’m not leaving without all of my favorite toys,” he responded.
Finally leaving, we set out toward my beautiful, candy-apple-red, 1969 Ford Boss 429 Mustang. I had always had a thing for muscle cars. I loved my car almost as much as I loved my son; it was my second baby. Even though I am a woman, I could have told you a lot more about cars than most men.
Liam got in the back seat and climbed into his car seat. I pulled my seat back so I could buckle him in. The one thing I disliked about my car was the fact that it only had two doors instead of four, but I guess you had to deal with something you disliked to get what you wanted. And boy, did I want that car.
While driving down the highway that stretched for miles, my mind drifted to my mother. Why she came to mind, I couldn’t tell you, but every so often she would make an appearance in my head.
My mom had skipped out on my brothers and me a few years before, not that I complained since she was a horrible mother. She never gave a rat’s ass about us. She never physically abused us, but physical abuse was not the only way to leave scars.
Nanny practically raised the four of us. She had always favored me, because I was the baby of her grandchildren and the only girl. I had three older brothers: Michael, Matthew, and Bryan. Michael is the oldest at 36; Matt at 34; Bryan at 32; and myself at 29-almost-30.
Our dad was around till Michael turned two, but only ever came around if Mom was looking for a booty call. That was how the rest of us were born. Michael didn’t remember him. If he did, he had never talked about him before and none of us asked. We all looked alike, with blonde hair that had a slight wave to it and hazel eyes. Michael was a police officer. Matt a boxer, and Bryan a defense attorney. I was a doctor at the local hospital. I guess you could say that the lifestyles we had when we were younger played a part in our jobs. Go figure.
Mom never worried about putting food on the table for us—she was more concerned about where and how she was getting her next fix. None of us ever wanted to have to continue living like we had as children, so we shot high in our careers. I loved my job to death and wouldn’t trade it for anything.
I pulled into Nanny’s driveway and hurried Liam out of the car. My shift was just about to start, and I still had to drive to the hospital. When she opened the door, Liam darted inside, nearly knocking over Nanny. She was one of the most beautiful women I had ever seen. She had long black hair and the warmest brown eyes that just invited you in. She had a little bit of weight to her, but she didn’t let that stop her. She wore her weight well. She had laugh lines around the corner of her eyes and the corners of her mouth, giving away her age. She was an amazing woman, and I loved her dearly.
“Thanks so much for watching Liam for me. I’ll be sure to check in on you guys as much as I can,” I said to her before making my way toward my car. She nodded and waved as I jumped in and started the engine, which of course roared. Glancing at the dashboard, I noticed that I was ten minutes late.
“Shit, shit, shit,” I mumbled to myself as I peeled out of the driveway and headed off to work. It was going to be one hell of a day, especially since I was scheduled to work all night and half a shift the next day.

How did you come up with the idea for this story?
It’s funny, cause I’m not even sure. I just woke up one day and had the entire first chapter written out in my mind. Although, I ended up scraping that chapter and starting over.

Where do you find your inspiration?
My Nanny, who was like a mother, my kids and my husband. They keep me inspired on a daily basis.

Is there anything you find particularly challenging in your writing?
Research! I could spend HOURS researching everything that I need for my book. It’s crazy how much you need to know BEFORE you even begin to write.

What are your current projects?
I’m currently working on the third book in the Intertwined Seduction series, and a new novel that will be in an anthology, which may also be the start to another series.

Tell us about your first book. What would readers find different about the first one and your most recent published work?
I feel like, in my opinion, that my writing grew. I reached a new level of writing in the first book versus the second.

Is there a message in your novel that you want readers to grasp?
No matter how tough life gets, keep going. Eventually things work out for the better.

Does music play any type of role in your writing?
Sometimes. If I’m distracted, then I turn on music and it helps me focus on writing.

What books have influenced your life most?
Any Kristen Ashley novel, Stephen King.

Are there any new authors that have grasp your interest?
Alex Grayson and Anna Paige

Can you share a little of your current work with us?
“The buzzing in my ear grows increasingly louder as the massive crowd screams. Bouncing on the balls of my feet, I try to ignore the noise. I need to focus. I’m back in the ring, defending my title against Tank. A large, bull-looking fighter. His name describes him perfectly.
I’m very confident in my fighting abilities. I know I could kick Tank’s ass, but I also know he could kick mine. Any great fighter knows that while is very good, so are other fighters. You should never be stupid enough to assume you are the best. Going into a fight this way will get you knocked out. I learned this lesson the hard way.”

Do you have anything specific that you want to say to your readers?
Thank you so much for all of your support, though I may not show it on a daily basis, I truly appreciate it.

How can readers discover more about you and your work?
Social media. I am huge on social media and you can find me there at pretty much any time.

Do you have a special time to write? How is your day structured writing-wise?
My nights are spent writing. I have a 5 year old, 3 year old, and a newborn so at night is when I get the most peace to be able to write.

Why did you choose to write [genre] stories?
I love romance and I love suspense and mystery. It was natural for me to put them together.

What is for you the perfect book hero?
The perfect blend between a total sweetheart and an asshole. He can be too much of an asshole, but I love the quality of a little bit of assholeary.

When and why did you begin writing?
I began writing when I was about 10 years old, but at the time it was just poems. And I started writing because I was going through a lot of stuff at home, and it was a much needed outlet.

When did you first consider yourself a writer?
When I published my first book, The Lucky Bullet, in 2014.

List three books you have recently read and would recommend.
Broken Ground by Anna Paige, Unveil Me by Alex Grayson, and Hold On by Kristen Ashley

Tell us something that people would be surprised you know how to do.
Lol, I can wiggle my nose like a bunny and move my ears without touching them.

Will you write more about these characters?
Mace and Ray’s story is done, but you will see more of them in other books in the Intertwined Seduction series. 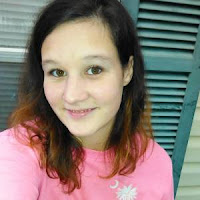 H.S. Strickland is from a small town in South GA called Brunswick, but moved to SC when she was in her early teens. She has three daughters, a husband and too many animals to count. H.S. has always had a passion for reading, but recently starting writing, although it has always been a dream. Her Nanny always told her to follow her dreams, which is how she got into writing. That and her characters were nagging to have their stories told. If you can’t find H.S. behind the keyboard making magic, you will find her chasing her daughters around the house. If not that then curled in her big red comfy chair reading. She loves alpha-males who are almost ass holes, but still have a sweet spot for their woman. She has loved the entire journey to where she is now and couldn’t thank y’all enough!

Posted by heartbeats between words at 02:30