There's something wrong with Leigh.

She's known it her whole life. She knows it every time she spreads her legs. Every time she begs for the pain, the pleasure, the heat of a hard man driving deep inside. She's a slave to her own twisted lusts--and it's eating her alive. She loves it. She craves it. Sex is her drug, and she's always chasing her next fix. But nothing can satisfy her addiction, not even the nameless men she uses and tosses aside. No one's ever given her what she truly needs.

Cold. Controlled. Impenetrable. Ex-Marine Gabriel Hart isn't the kind of man to come running when Leigh crooks her pretty little finger. She loathes him. She hungers for him. He's the only one who understands how broken she is, and just what it takes to satisfy the emptiness inside. But Gabriel won't settle for just one night. He wants to claim her, keep her, make her forever his. Together they are the lost, the ruined, the darkness at the heart of Crow City.

But Leigh has a darkness of her own. A predator stalking through her past--one she'll do anything to escape.

Even if it means running from the one man who could love her...and leaving behind something more precious to her than life itself.

TRIGGER WARNING: 18+
This book contains material that may be triggering or deeply disturbing to some readers, including scenes discussing or detailing rape, physical and emotional abuse, and incest. Please focus on self-care and, if this book is triggering to you, do not be afraid to put it down and walk away, or skip certain chapters. Be good to yourselves. -C 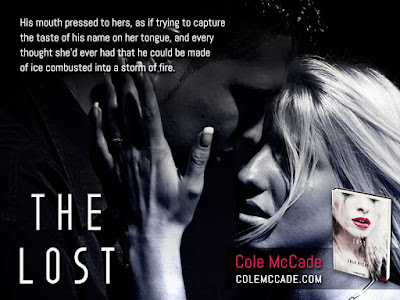 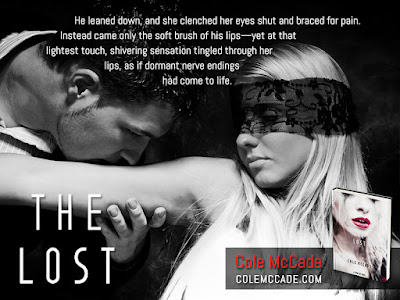 Cold, clipped words, blending into the noise of the police station. Leigh lifted her head from a fixed study of her clenched fingers. Colors whirled around her in a lurid carnival nightmare, too bright, too blurry. On a bench on the far side of the room, a wasted and broken scarecrow woman picked at a scab on her wrist with a certain habitual listlessness, oozing diseased red-brown blood over liver spots. Her tendons were rails under her skin, and the dull gleam of cuffs chained her to the bench. She raised her head and stared at Leigh with yellowed eyes that captured her with a sort of empty, terrifying promise.

Across the desk a policewoman waited, with that compassionate impatience only a half-step from pity and shoulder-to-shoulder with disgust. Her flat blue eyes said she’d been trained to care, but couldn’t be bothered anymore. Leigh swallowed and tugged her hoodie close against the tinny air-conditioned chill. Her mouth had dried to a tacky, sticky mess, gummy pills of lipstick beading on her lips, and her tongue was a bloated and useless organ, this swollen pink thing pushing pointlessly against her teeth.

“And Miss van Zandt, do you know why you’re here?”

She nodded, her neck a creaking wooden puppet-hinge. “I do.”

“Your family’s been worried about you.”

She knew what she should do here. Bow her head in shame and contrition, maybe even sniffle. But she looked for the emotions and they weren’t there; just scraps and tatters, clinging to the empty place where they belonged. She had no feeling left, hollowed out and lost and wondering how she’d ended up here. This didn’t feel real. Instead it was a dream where everyone leered in fisheye close-up, their smiles all teeth and stretched red lips and manic glee. She wanted to run, but somehow she’d gone too numb to do anything but sit here surrounded by the stink of fear-sweat, stale beer, and that particular police-station smell of urine soaked into concrete for decades on end.

“What happened to you?” the officer asked. Leigh didn’t answer, and the officer’s pen tapped against the forms on her desk, rat-tat-tat, rat-tat-tat, Morse code for I’d rather be anywhere but here with this spoiled little runaway princess. “It’s been four years. You were declared legally dead.”

“That’s all right.” She closed her eyes with a laugh that ripped her guts up into her mouth, and buried her face in her hands. Dead. Dead.

Yeah, that was about right.

Stop calling me that.

“Miss van Zandt. I need you to focus on my voice.”

Stop calling me that!

Leigh took a measured breath and opened her eyes. Her shoulders squared. The bolts on the back of the hard, ass-biting chair dug into her shoulder blades. “I am focused. I can hear you just fine.”

“Eyes are dilated.” The officer—her nametag read Maroni, could there be a more clichéd name for a Crow City cop—leaned across the desk, peering at her face. Then she beckoned to the aide hovering over them like a mannequin. “I’ve seen this too many times. Drugs and prostitution.” She talked about Leigh like she wasn’t even there. “We’ll have to clean her up before her husband gets here.”

There it was. The first hint of exasperation. Of frustration, stitched into knitted brows and the purse of lips in just the right shade of I can’t be a woman, I’m a cop mauve. Because like anyone normal, anyone who wasn’t fucking broken to pieces and liked being that way, Maroni needed to make sense of this. Needed to quantify it in a world where the rules worked as normal and everyone wanted to chase that dream of happiness that wasn’t anything but desperation painted over of a frantic tally of things. Things of plastic, things with value created by people whose upper lips curled when they looked down at little girls like Leigh, and demanded she account for herself in sane, rational ways that made proper sense.

I’m not the kind of thing that makes much sense.

Maroni pushed a harsh sound through her teeth. “You had a job, a husband, a newborn son. You had a life other people would kill for, and we find you here on the streets. Were you pressured? Kidnapped?”

“No. None of that.” Leigh shook her head.

“You’ll have to explain, then.”

“I left.” She trailed off, lips parted; no words came for long seconds, until she managed, “I…I was afraid.”

“Of what?” Maroni tried to catch her eye, but Leigh looked down at her hands, at her chipped pink fingernails dipped in the sparkles of shooting stars. “Miss van Zandt. If someone was hurting you, you need to tell us now so we can take appropriate steps to protect you.”

“I’m afraid you’ll need to be more clear. What were you afraid of?”

She struggled for an answer. Struggled for something this woman would accept, something that would make her sigh with sympathy and pity and relieved disdain that said there, but for the Grace of God…

But again, she found nothing. Nothing but the truth, and Leigh shrugged as she looked up at the policewoman and wondered if she had daughters who might one day be like Leigh, daughters who would cut stark red lines of fingernails in the walls of flesh that caged her in the shape of pop culture’s perfect woman.

“Of the inevitable monotony of it all,” she said. 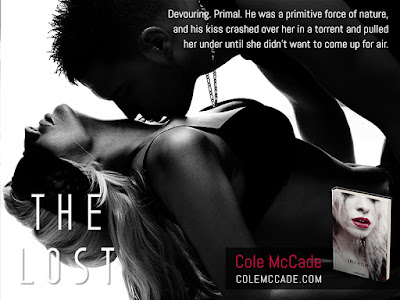 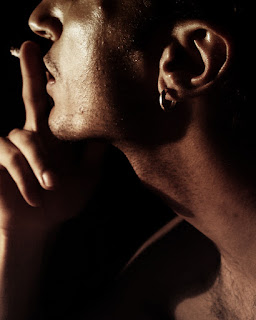 COLE MCCADE IS A NEW ORLEANS-BORN SOUTHERN BOY without the Southern accent, currently residing somewhere in the metropolitan wilds of the American Midwest. He spends his days as a suit-and-tie corporate consultant and business writer, and his nights writing romance novels when he’s not being tackled by two hyperactive cats. And while he spends more time than is healthy hiding in his writing cave instead of hanging around social media, you can generally find him in these usual haunts:

He also runs an advice column called Dammit, Cole, where he occasionally answers questions about everything from romance and dating to the culture of hypermasculinity, from the perspective of a male romance author:

Looking for more? You can get early access to cover reveals, blurbs, contests, and other exclusives by joining the McCade’s Marauders street team at:


a Rafflecopter giveaway
Posted by heartbeats between words at 02:47