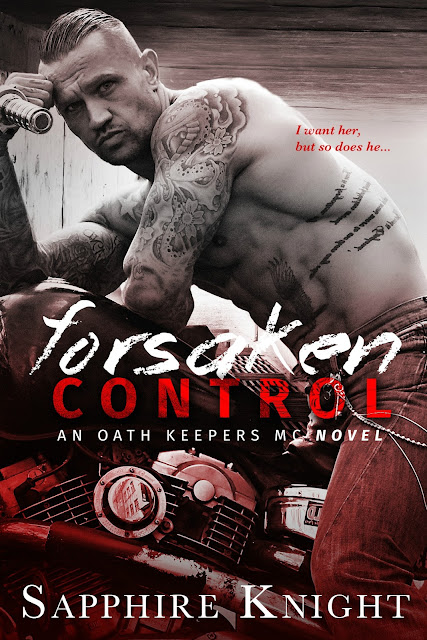 I was suffocating till the club saved me. I've sent the pain below, buried it and taken control of my life.

Now, I cause the pain. I make people break and beg for their lives, as I decide their fates. It's up to me as the Enforcer to protect my club by any means necessary.

She comes in to my life, like a stiff punch to the gut, making me question everything I once believed.

She belongs to my brother and it goes against everything to take her from him. However, I don't want to just take her. No, I want them both.

Can my club handle it? Can he? Because she already loves me?

Holy freaking hell!! Can someone please thrown some damn holy water on my because after this? I think I need cleansing and some therapy.. jesus!Here I thought I have read all there could be when it comes to a steamy love story. How wrong was I. In FORSAKEN CONTROL we not only get an alpha male who has his eyes on that girl who makes his mind anything but function normally, but we ALSO get ANOTHER guy thrown in there. Yup. 2 guys and 1 girl. Mhmmmm. Have panties disappeared yet? That's only the beginning.In this darkly gripping and all things sinful of a story, we have Ares, a member of a Motorcycle Club who becomes the VP and has his heart and mind set on what he always considered as his - Avery. Avery is 2 Piece's girl and that's not the only problem when it comes to Ares having what he craves, he has his eyes set on him too, 2 Piece, and if only he could get them to understand his need for them both..It's so messed up that you'd never think it would makes sense, but in every way possible, it does. I don't normally read MMF stories, and I can tell you now that the total number I did read, I could count on my one hand - so not many at all. It's just not something that I can connect with or that I have that great of an interest in.HOWEVER, delving into Forsaken Control? Holy mother of all things sinfully bad that can only every be good in keeping your mind insane. I mean, really Sapphire Knight? I had no idea what to expect but when it came to that very last page, my face probably resembled an insane looking idiot who had mascara running down her cheeks, whilst clutching her kindle like it held the biggest secret. It just worked so bloody well. Every element.The authors writing is so dark yet calm and fluent? The beginning wasn't as addictive as many MC books previously and currently read, but it has that element of mystery, darkness and eeriness that made it all that addictive. I don't know how to explain it but, the first quarter or even third of the books was going slow but fast at the same time?

I learned so much about each of the characters but it went at a leisurely pace? And throughout the entire story it had those little contradictions or oxymoron's if you'd prefer that in my point of view, made it unlike many books I've read before. It was simply a BREATH. OF. FRESH. AIR.

Bad-ass.
FORSAKEN CONTROL had every element I never knew I would LOVE in an MC based book. The way Ares's feelings were portrayed towards 2 Piece and vice versa, was done so well that I found it hard not to be able to connect with their sides of view. This was a first for me so I give grateful applause to the author for breaking my MMF virginity hahah ;) It was just perfection. The fluidity between what Ares thought and how that was counterbalanced with why he shouldn't be thinking it, ended up providing a sort of argument of my own as to the why not's in any given situation that those characters went through.

Every moment that I thought "No freaking way", something would happen and I'd just sit there, taking in a moment, trying to rationalize how in the hell that actually makes so much sense. This happened throughout the entire story, and since it was so easy to connect with the characters, I flew through the book and wanted so much more when I regretfully came to the 'The End' mark *frown*The story only ever gets more interesting, darker and mysterious the deeper you delve into it.. You get to explore whether Ares will forever or only ever be the third wheel in between 2 people that he could only ever wish were his.. And his "messed up" mind goes through such a roller coaster ride, especially after becoming the VP.. I teared up a few times, other times I just had to hug my kindle and tell myself that this is only fiction. That my emotions are too messed up to ever feel this deep connection with the characters..

But at the end of the day? Words on pages, when done as well as with Sapphire Knight's FORSAKEN CONTROL, can in the very least prove that emotions + vibes speak for themselves. And I got one damn strong vibe from this book, which reminds me, has anyone got that holy water?? ... Sigh.. I need more Ares!!Thank you so SO much Sapphire Knight for being able to provide an ARC of a story that broke a small part of my heart and that will forever stay with Ares and his mind.. It was a gorgeously, sexy, steamy, hot and all things sinful of a read, but I loved the element of the calm, eeriness, mystery and above all, the dominating alpha male darkness that made this a delicious read.

THANK YOU for the mention of my blog in there as well ;) *grins like an idiot*xx 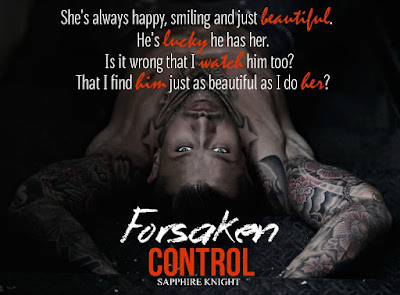 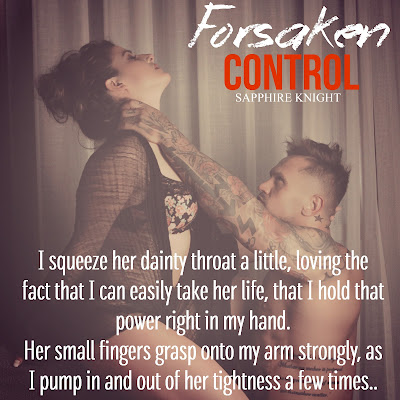 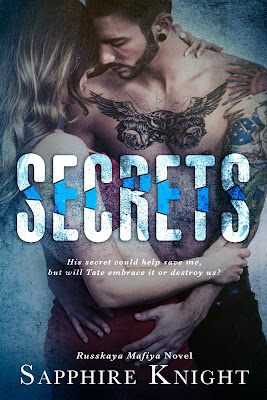 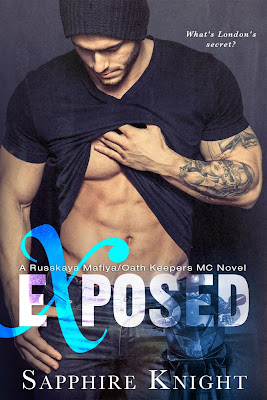 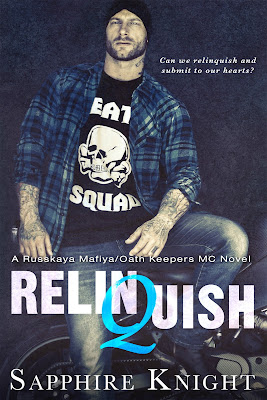 
Now that we’ve spoken, she’s not afraid of me anymore. She smiles and sometimes giggles when she passes by me. I love hearing her laugh; it brings me peace. I can’t help but chuckle or grin each time.

He’s been my friend for years and has never known that I’m attracted to him. I would do anything for him if he were to ask, but he never does. He thinks I like to watch a woman with him, when in reality, I only like watching him.

Now though…now he has her, and I want them both. I’ve never felt so torn before. I don’t want them for just a fuck. I’ve had them for that. Not him completely, but we’ve been close. I dream of grasping his hair and thrusting into him roughly while I kiss her mouth. I doubt that fantasy will ever come true though.

She catches me watching them and flashes a bright smile, excitedly waving her hand at me. I grin and give her a slight wave back. 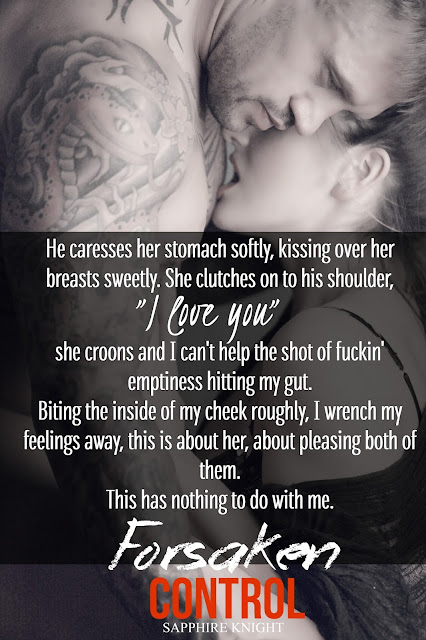 Sapphire Knight is the author of Secrets, Exposed, Relinquish and Corrupted - Available on Amazon, Kobo, iBooks and Google Play.

She's currently working on an MMA fighter book, Twist, Nikoli and Ares stories (Unexpected Forfeit, Friction, Unwanted Sacrifices and Forsaken Control). Her books all reflect on what she loves to read herself.

Sapphire is a Texas girl who is crazy about football. She has always had a knack for writing, whether it is poems or stories. She originally studied psychology and that has only added to her passion for writing. She has two boys and has been married for ten years. When she’s not busy in her writing cave, she’s busy playing with her three Doberman Pinschers. She loves to donate to help animals and watching a good action movie.

a Rafflecopter giveaway
Posted by heartbeats between words at 04:46