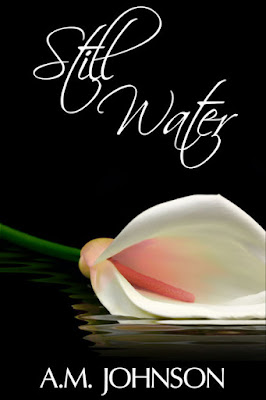 After being rejected by his childhood best friend, Todd Dixon turns his back on love and all its false promises. Three years later, he’s living in a new city, making a name for himself with his bar, record label, and one night stands.

Lily Spring knows nothing but the music that flows through her veins, but after one night of betrayal that ended in tragedy, her entire life falls from under her right along with her musical dreams. Now, she finds herself living in a new state with a sister she barely knows and a dream that she MUST fulfill.

He’s everything she doesn’t need.

Stubborn as hell, sexy as sin, with a reputation as wicked as his body. To make things worse, he’s her new boss and the ticket to what she’s always wanted.

When two fates collide and passions burn high, will the fire die or will it simmer into a slow burn becoming much more than either of them thought possible.

This isn’t just a love story.

This is a story of hope, repentance and second chances.

**Still Water is an Interconnected Standalone in the Forever Still Series. Each book features a different couple.** A gorgeous soulful and heartfelt story that had me so emotional, and that's saying something since I couldn't keep my emotions in check when reading Still Life.Now, we get Todd's story.The guy from Still Life that many might hate, especially with his view on who he takes to bed every week, but I actually kinda had a soft spot for him. In book one we get to see the beginnings of how he's story might be like.. And with STILL WATER? Jesus. Bloody. Hell. That is such a weird mush up of words but honestly, they explain my sanity as of this moment. I only finished STILL WATER a couple of minutes ago and I already want to re-read it. I just need more Todd damn it!!
Heartbreak.

Truthful.
In STILL WATER we get a love story that breaks almost every rule when it comes to ruining your heart and basically making you look like an idiot as you grin but cry at the same time (uhmm let's not mention or look at those tubs of Ben&Jerries over there.. yeah). BUT it also follows every step in making sure that we inhale and exhale at the same time that the characters do so themselves. The development is so strong!! I got lost in the story..I got lost in the sad and depressing back story of Lily and the tears that followed, were somehow wiped off by Todd and his drool worthy sexiness. I don't know how to explain it but with what Lily went through and what she is afraid to face now, trust being one of them, Todd was there to act as a shield for keeping her from "drowning" in her own darkness?Let's not forget all of what Todd has been through and how much I wishes I could have for just one moment, gone inside the book and given him a hug.. Just a "hug" I promise.. *random coughing fit*..I didn't know how A.M. Johnson would have carried out Todd's side of the story, and the way STILL WATER turned out? I literally felt chills near the end of the story. THAT'S how powerful this book was!I don't sugar coat reviews so I can proudly say that if you pick up a copy of A.M. Johnson's books (Still Life + STILL WATER), you will wish you had a box of tissues, a couple tubs of ice cream and a shoulder to cry on.. preferably not a hot one since you might turn on the opposite side of PG rated "crying on said shoulder"..It wasn't easy to read this story, not at all. That's not saying that it wasn't addictive or that the writing wasn't like second nature to breathing, because it was. I just felt that those darker aspects, in both the authors books but specifically STILL WATER, made me questions how my sanity is still intact consider how much, not I could relate but I just knew the feeling that those characters were going through.. On the other side though, their unconditional, truthful and sexy as bloody hell love for one another left me with a bigger heart and an ever larger grin. I couldn't get enough of their chemistry!!Thank you A.M. Johnson for the ARC!!! Despite all the tears, the permanent heartache and a tainted soul, I couldn't have picked a more breathtaking story to get me through the day. Just beautiful!

“Come dance with me.” His breath was peppermint again, and, as he closed the distance behind us and trailed his hands down my arms, I realized I was strangling the dishrag. He moved his fingertips into the water and lightly back up my hands before removing the towel from my death grip. I exhaled, effectively breaking the spell I was under.

“Come on, Lily. I don’t bite.” I felt his torso move as he laughed. I was being stupid. Jace and Tiffany were totally in the moment and having fun. Why the hell not?

“Show me what you got,” I said as I turned to face him, becoming completely caged between his arms and making an extra effort to stand tall. I was so tiny compared to him. He had to be at least six feet tall. I was just barely five-foot-three. It was intimidating, but I refused to show it.

Todd’s pupils dilated, the close proximity was affecting him too. I gained confidence from that. “I thought we were dancing?” “Lead the way.” He smirked. 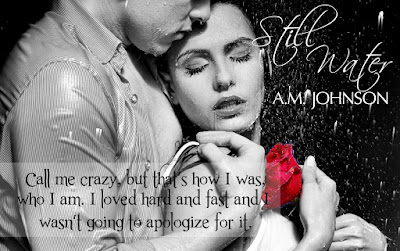 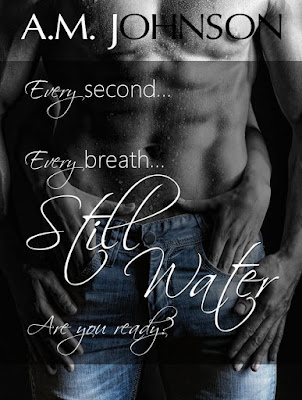 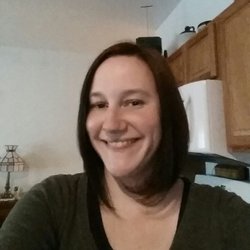 Amanda Marie Johnson was born and raised in Valrico, Florida. She’s now surrounded by mountains with her husband and three children in Ogden, Utah. She attended Weber State University and graduated with her A.S.N. She is a full-time registered nurse. Reading and writing have always been something she is passionate about. She loves to write about the human experience, love and happily ever afters. 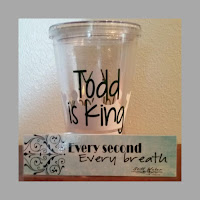 Enter to win a Todd Tumblr, bookmarks & an ebook!

Posted by heartbeats between words at 05:01