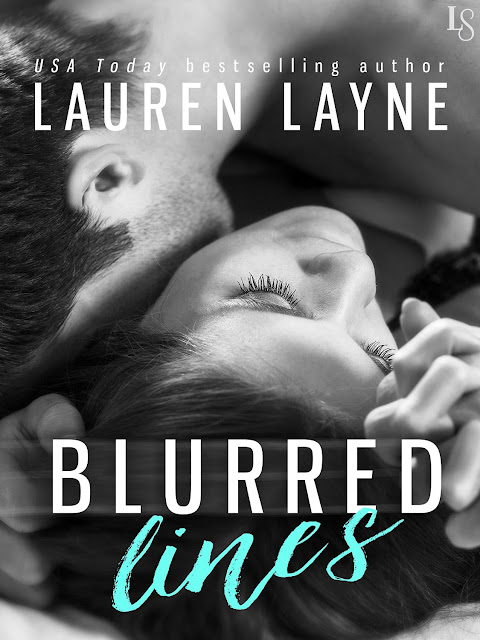 In a novel that’s perfect for fans of Abbi Glines and Jessica Sorensen, USA Today bestselling author Lauren Layne delivers a sexy take on the timeless question: Can a guy and a girl really be “just friends”?

When Parker Blanton meets Ben Olsen during her freshman year of college, the connection is immediate—and platonic. Six years later, they’re still best friends, sharing an apartment in Portland’s trendy Northwest District as they happily settle into adult life. But when Parker’s boyfriend dumps her out of the blue, she starts to wonder about Ben’s no-strings-attached approach to dating. The trouble is, even with Ben as her wingman, Parker can’t seem to get the hang of casual sex—until she tries it with him.

The arrangement works perfectly . . . at first. The sex is mind-blowing, and their friendship remains as solid as ever, without any of the usual messy romantic entanglements. But when Parker’s ex decides he wants her back, Ben is shocked by a fierce stab of possessiveness. And when Ben starts seeing a girl from work, Parker finds herself plagued by unfamiliar jealousy. With their friendship on the rocks for the first time, Parker and Ben face an alarming truth: Maybe they can’t go back. And maybe, deep down, they never want to. 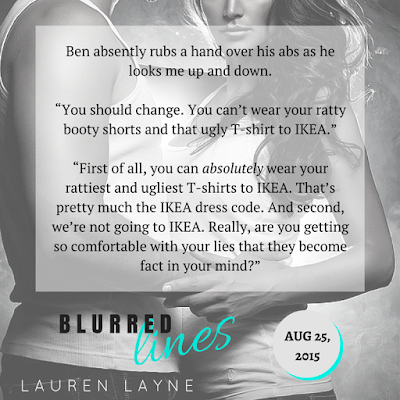 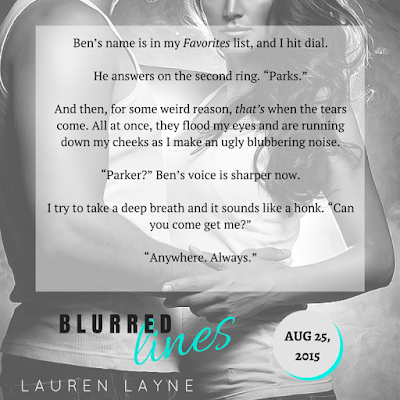 My sophomore year of high school, I had a short-lived friendship with this girl named Korie Hamilton.
She was nice enough.
A little too much purple eyeliner, a few too many likes sprinkled throughout her constant chatter, but we had every class together our first semester, so we kind of became friends by default.
Anyway, Korie was forever yammering on and on about how her best friend on the entire planet was Stephen Daniels, a boy she’d known for all of four weeks before promoting him to BFF status.
Apparently it was, like, ohmigod, like, the best thing ever to have a guy she could talk to without complicating things with romantic entanglements.
Please.
Real best friends can generally go more than a couple hours without mentioning each other’s name, but Korie found a way to fit Stephen’s name into every other sentence.
Just friends my ass.
I guess technically they were platonic for a while. Stephen had a girlfriend named Libby Tittles, or something unfortunate like that, and Korie had this on-again-off-again thing with her junior high boyfriend.
But anyone who’s ever seen a movie, or watched TV, or just had basic awareness of human interaction saw exactly where Korie and Stephen were heading: Humpville.
Even though Korie swore up and down that she didn’t like him like that, both of their significant others were long gone by Thanksgiving of sophomore year.
By Christmas vacation, Korie wasn’t uttering quite so many likes. Why? Because Stephen’s tongue was in her mouth before school, after school, and every freaking weekend.
But we all know how this ends, right? Just a few short months later, not only were Korie and Stephen no longer dating, they sure as hell weren’t best friends.
Their short-lived romance and ensuing breakup barely even registered a blip on the gossip chain, but I’d like to think it taught some of us high school girls a valuable lesson:
Guys and girls can’t be just friends. Or not best friends, anyway.
Shit gets too complicated.
But let’s fast-forward a few years, shall we?
I’m now twenty-four, and I have a public service announcement to make: I was wrong.
Guys and girls really can be best friends.
It is possible to have a platonic relationship with a guy where there are no romantic inklings, no sexual fantasies, and no naïve proclamations of I don’t like him like that in a torturous attempt to hide an agonizing unrequited love.
How do I know this? How do I know that a guy and a girl can be best friends without romantic entanglements?
Well, let’s see, I’ve been on the female end of one such platonic relationship for six years now.
Six. Years.
!
True story:
Ben Olsen and I met the summer before our first year at University of Oregon during freshman orientation. We were assigned to the same group in one of those terrible ice-breaking activities where you have to put a sticky note on your head and guess what kind of safari animal you are, or something, and we just . . .
Clicked?
I don’t know why we clicked in the Hey, you’re cool but I have no interest in boning you kind of way, but we did.
Maybe it was because I was in stupid insta-love with another guy in our group. Or maybe because my ovaries were hyperaware that Ben’s ridiculous good looks would lead to heartbreak. But whatever the reason, we did the implausible.
We became best friends.
And, yes, every single one of my female friends has given me the exact same warnings I gave Korie Hamilton way back when: It won’t work.
My friends are split down the middle on how it will actually go down, but they’re all convinced that it will go down.
Half think that Ben and I are soulmates who are just biding our time until marriage and babies.
The other half think that we’re going to have too much to drink one night, have awful sex, and never speak again.
Ben and I proved them wrong when freshman year ended and our friendship was still intact. Sophomore year? Repeat.
Junior year, we really upped our game. Not only were we closer than ever, but we became roommates. It happened sort of by accident when one of his housemates backed out at the last minute, and I belatedly realized I couldn’t bear one more year of dorm food, so I moved in. And it worked. So we did it again senior year.
Here we are, two years after graduation, still living together, although we’ve upgraded from crappy off-campus housing in Eugene to a slightly less crappy two-bedroom house in the Northwest neighborhood of Portland.
And yes. Still platonic as ever, with not so much as a hint of change in the air. I’m crazy in love with Lance Myers, my boyfriend of five years, and Ben . . .

Well, Ben’s on a rather awe-inspiring mission to seduce the entire female population in western Oregon. 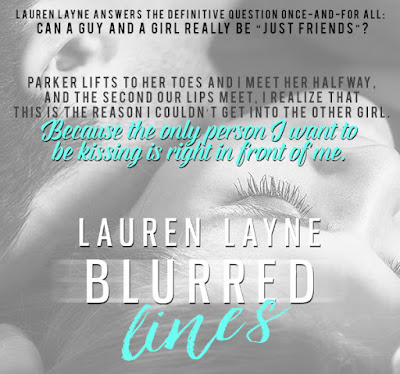 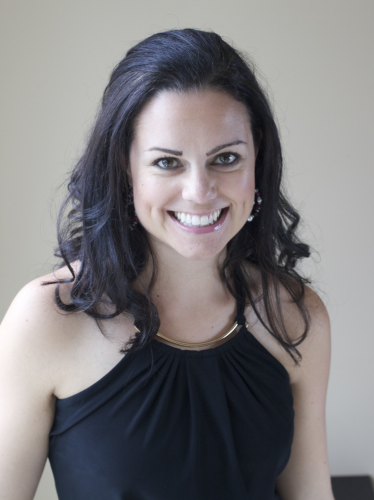 Prior to becoming an author, Lauren worked in e-commerce and web-marketing. In 2011, she and her husband moved from Seattle to New York City, where Lauren decided to pursue a full-time writing career. It took six months to get her first book deal (despite ardent assurances to her husband that it would only take three). Since then, Lauren's gone on to publish ten books, including the bestselling Stiletto series, with several more on the way in 2015.

Lauren currently lives in Chicago with her husband and spoiled Pomeranian. When not writing, you'll find her at happy hour, running at a doggedly slow pace, or trying to straighten her naturally curly hair.

Posted by heartbeats between words at 05:50